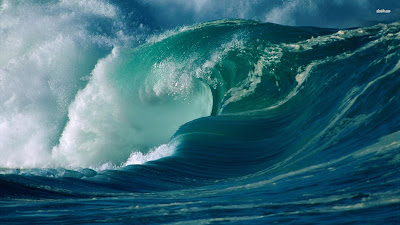 This week I had a dream. In it I found myself at a location filled with a great multitude of people gathered together with their tents, caravans and temporary accommodations. Many faces I knew, or recognized and some I had not seen before. People of all ages including children and from different locations. All were gathered for some large event or occasion, from what it seemed to me. There was an air of festivity, with lots of food, so much food... and different stalls offering unlimited delicacies catering to all the human senses.

From a distance, it looked like a small city in a remote location. How anyone found their friends again if they went for a walk was perplexing to me as there seemed to be no clear order and I wondered how I would find those I was more familiar with.

People were laughing, music was playing and the sun was shining brightly, it seemed like the perfect day to have such an event like this even though I didn't know the precise reason for the great gathering.

I decided to look for my friends and so after searching for a while and not having success, even when I asked for help (it appeared the general noise of the gathering and the loud conversations overcame any singular voice and people seemed to be annoyed to be interrupted in their speeches by my voice)

So I took a solitary walk down to the shoreline and admired the ocean while looking for the faces I longed to see. I cant say any particular names, I just knew they were part of my company.

The shore also had people from the main group but not as many as those who were enjoying the party above. I decided to sit down in a brick pavilion that happened to be there and just people watch as I like to do anyway due to my social anxieties. Everyone seemed to be jovial and unaware of the approaching danger, myself included.

All of a sudden, there came a rushing of great waters. This was far beyond what I have ever seen in any natural Tsunami around the world. Its roar was deafening, like a train quickly approaching and it completely overcame everything in it's path.

I felt the magnitude force of the water hit and everything went silent and dark. Within those seconds and minutes I found I could breath air and that I remained dry. From where I was sitting, the unique design of the brick pavilion had created a bubble like an air pocket in a corner and it was only due to this, that I remained alive.

As the wall of water subsided as quickly as it came, I could see the sun was still shining and the sky was still blue but there could be nothing seen of the people who were on the beach moments before, in fact the whole shoreline, the landscape had totally been changed and disappeared. There was no way humanly possible for me to make it back to the mainland where everyone had been indulging in the food and partying due to the high water level and the waves totally surrounding me.

The next thing I saw was a vehicle of very curious design come up beside the pavilion, to which I climbed aboard. There were few others onboard as well, but I cannot number them and the vehicle was being driven by a certain man wearing garments/clothing that I had never seen before on any person but he came with authority because of the marks on his uniform.

There was a very sombre and serious feeling among us as we went to look for survivors and land. We found no other survivors but we found land. The interesting thing about this vehicle is that it could navigate the depths of the great deep and the land with ease due to the competence of the Driver and the other worldly uniqueness of this transportation.

Upon reaching land, I marvelled how it seemingly remained untouched by the great waters at a certain level and I wondered how it was possible I could still hear the music, loud voices and partying of the multitude. Surely they had heard and seen the Tsunami?

I ran from camp to camp, trying to alert them to the tragedy that had taken place below not too long ago, but people wouldn't stop what they were doing to truly listen. I begged them to come and help look for any survivors, even other of their own party who may have been on the shore but they were unfazed and continued on eating, drinking and and being merry.

As I ran from tent to tent, and temporary house to house, no one gave heed but showed their impatience at my interruption.

This went on for sometime due to the layout and vastness of that landscape of people. How could we reach each person to alert them of what had just happened?

Finally I came upon a quarter in the camp that was very sparsely populated with people. There were no food stalls or delicacies, there was no loud music. It looked like the poorest spot of ground in that whole layout of the camp. I finally saw some people I knew including family.

It looked like others wanted to avoid this area but had to walk through it in order to get to the popular areas. So people would walk on by without stopping to listen to or talk with those in this quarter.

What I saw was those in the Restoration movement who have been severely sick, living with disease, afflicted in trials and broken people, seen as lame. There were some there who had died. I saw family groups with widows and their children, I knew I was seeing the fatherless, the destitute as to the things of the world and the hungry, but this area was a very tiny minority group.

They were lining up to take turns to speak at a microphone in their familial communities, listening to each other with compassion and trying to convey their voice to the larger group in order for them to hear too, but that group could not hear. I saw those who had passed over recently in bodily form again bearing testimony and sharing their faith. Pleading for their friends to listen to their message. They laboured to lay their words out despite their physical pain (they were not healed yet) in hope and warning of a greater desolation coming and pleading that the whole camp give heed. Their afflictions had taught them to be humble and increased their faith and they had allowed Christ to succor them. They were not healed yet because they had to be in disguise so only the true seeker and the penitent would hear and understand their message.

Then I woke up.