- November 22, 2022
I am writing this to address the public comments that have been circulated in certain fellowshipping groups and community spaces which inaccurately represent the women's council held in Cedaredge during August 2022 and which comments, falsely accuse the sisters who volunteered their heart and time to serve on the council as "tyrannical, abusive, destructive, devilish, evil and slanderous." I make mention that this is the first time I have publicly addressed the women's council in detail in this and other settings, which I do solely to clarify and clear my sisters names and heart of these accusations. I further state that to this date I myself, have not shared any of the proceedings publicly; only those correspondences as were needed in inviting the brother and witnesses and organizing said council. All this exclusively between those who were involved in the council and in offering advice. All participants were able to see and read the correspondences and attend the on
Post a Comment
Read more

- October 03, 2022
"Obeyeth my voice and keepeth my commandments—“My commandments,” given to the Prophet Joseph Smith, entrusted to you, should be respected by you; given by the voice of the Spirit to you, asking you to help those around you, because the relief that people need sometimes can only come from one source, and that is you; under the inspiration of the Spirit, relieving the burdens of those around you. Why do you think God cares about the widows and the orphans and the poor and the infirm? And who at Bountiful appreciated His coming the most? Was it those that were called to preside, whose names are given to us because they were recorded in the record? Or was it those that He said—the nameless group—‘Bring them up here, and let me heal them’? And all of those in need of healing were brought forward and healed. We read the record and say, “I got a name here; I got a Timothy. I got a name here; I got a Nephi. I got a name here, and this must be someone big and great and important.  But un
1 comment
Read more

The Life of Abram - Birth till Fifty. The Teachings of His Mother.

- February 23, 2022
In my study, I have found different narratives about the early life of Abraham. I have combined these sources and traditions into one story, whether historically correct, I’m unsure. But here is what I have been able to find of Abraham from birth till approximately 50 years old. I love the details about Amthelo, Abrams Mother.  These pieces of glimpses into their life and culture, though shocking and greatly disturbing at times, for me also brings out character and humanity. Nimrod was the son of Cush. Cush was the son of Ham. Ham was the son of Noah. God made garments of skins for Adam and his wife Havah (Eve) when they went out of the garden, and those garments were handed to Enoch after the passing over of Adam and Havah. Enoch, at the time of His going up, gave the garments to Methuselah, his son. At the death of Methuselah, Noah took the garments into the Ark and they were with him until the going out of the Ark. In their going out, Ham stole the garments from Noah his father and
1 comment
Read more

- February 20, 2022
Serach, the Granddaughter of Patriarch Jacob.  You may not have heard of this significant woman before, I certainly do not recall ever hearing her name being mentioned at church or from manual lessons taught about her in seminary or sunday school. But, she is real and we can find her mentioned briefly in the the Restoration Edition Scriptures , LDS scriptures, Jewish texts and the Pseudepigrapha. I learned that Serach is also known by different titles in different books, but is the same person. Combining these sources together let me retell to you the amazing breadcrumbs I have found of this holy woman and her story... In the House of Shem, Shem had a son named Eber, who had a son who he called Abimael and Abimael's wife gave birth to a beautiful baby girl named Hadurah. Shem was Hadurah's Great-Grandfather.  Hadurah grew up in the house of Shem and she became a woman "of comely appearance and intelligence" We know this description means so much more concerning wisdom
1 comment
Read more

Journeying through the Midbar 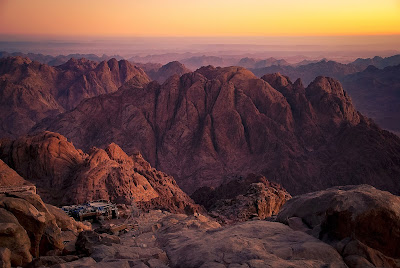 Moreover, the word of the Lord came unto me, saying, Son of man, when the house of Israel dwelled in their own land, they defiled it by their own way and by their doings. Their way was before me as the uncleanness of a removed woman. Wherefore, I poured my fury upon them for the blood that they had shed upon the land, and for their idols with which they had polluted it. And I scattered them among the heathen and they were dispersed through the countries. According to their way and according to their doings I judged them. And when they entered unto the heathen where they went, they profaned my holy name when they said to them, These are the people of the Lord and are gone forth out of his land. But I had pity for my holy name, which the house of Israel had profaned among the heathen where they went. Therefore, say unto the house of Israel, Thus says the Lord God: I do not do this for your sakes, O house of Israel, but for my holy name’s sake, which you have profaned among the heathen
Post a Comment
Read more

A Circular Perspective - Coming Into The Heavenly Gift. 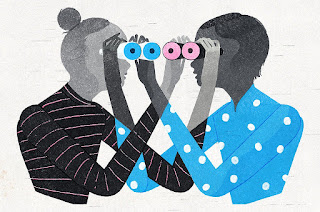 "...And know ye that ye shall be judges of this people according to the judgment which I shall give unto you , which shall be just. Therefore, what manner of men had ye ought to be? Verily I say unto you, even as I am ... " When the Lord tells us in the Answer to Prayer for a Covenant to "Pursue Judgment" , it is imperative that the lense of judgement we discern through be carefully circumscribed around The Truth so it is reckoned from the Lord’s perspective and not from our own limited linear viewpoint. We often use the following scripture as a stone which we throw at each other when the other person cannot find harmony in our teachings or advice. We undertone our words inferring the other person is unwilling, unbelieving or too lazy to labor as diligently as we think we ourselves, have. Sometimes I wonder if we mistakenly assume we are a great light of knowledge because we may comprehend a portion of a scripture or see a little mystery or think we know what is
Post a Comment
Read more
More posts